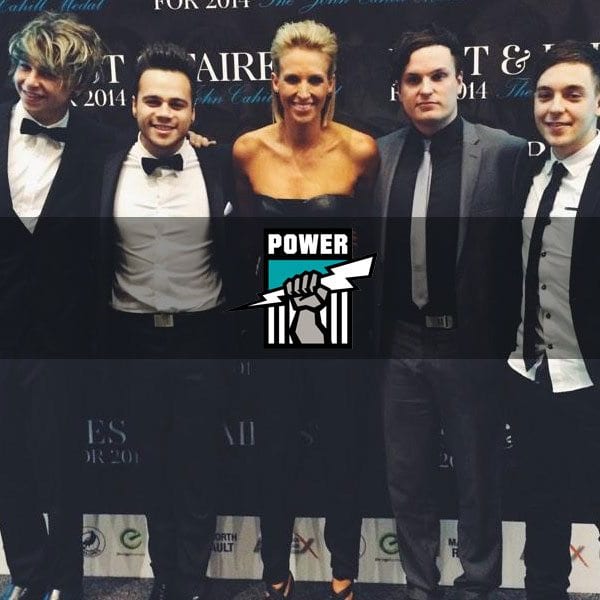 Back in 1996 I was a Glenelg Primary School student, I played football on my recess and lunch breaks on Glenelg Oval and I spent my weekends at Glenelg watching the Tigers take on their SANFL enemies. In the AFL I “supported” Richmond because of the tiger connection, and one man; Matthew Richardson.

A year later, the Port Adelaide Football Club was promoted from the SANFL League to the AFL League and ever since; Black, White and a bit of Teal has been pumped through my veins.

So in 2014 when the Port Adelaide Football Club invited me to become an Official Club Ambassador it didn’t take a second before I responded with a resounding YES.

Over the past 17 Years I have been to almost very game, been through the very highs and very lows of sport, seen my club reach the highest of success, and almost fall apart completely. My best mates in Bay 118 at AAMI Stadium have had some of the best moments of our lives watching our club and even my Adelaide Crow supporting father is slowly turning into a PAFC Fan.

I am honored to be able to continue to promote this great club on an “official” status and cannot wait to see how this fantastic young, energetic and skilled team can take the next few years and look forward to being right alongside when they lift the AFL Premiership Cup over the next few years.

I can’t thank the club enough for giving me this opportunity.

We are Port Adelaide.